Are You Getting the Benefits of Organic Food You Paid For?

Every time you walk into a grocery store, you have thousands of choices. Everyone has to eat and most consumers attempt to make good decisions in the face of colorful, happy packaging touting the latest improvements in taste, quality, and content.

Unfortunately, in order to make those “improvements,” all sorts of chemical additives are included in the final product. Flavor enhancers like salt and sugar, preservatives to make them last longer in your pantry, and colorants to make them look better are a marketer’s dream and are hugely profitable for an industry that fights for consumer dollars.

In an attempt to fight the confusion and strengthen health, many of us are choosing the benefits of organic food. An important thing to remember though is that “organic” doesn’t always mean “healthy.” It’s the latest marketing ploy to attract people like you who are interested in serving better quality foods to your family. Words such as “natural” and “whole grain” are other marketing catchphrases that can muddy the waters of healthy eating.

There are organic snacks available for children filled with sugar. Even organic food benefits are lost when they contain too much of this ingredient. Sugar is unanimously considered dangerous to overall health, especially in the quantities the average population in America consumes.

Is There a Difference Between Organic Foods and Non-Organic?

As long as you read your labels, experts agree that most organic foods are healthier for us to consume. Food grown without the use of fertilizers and chemical pesticides is always better.

Organic foods also tend to contain more vitamins and minerals that are missing from commercially grown or raised fruits, vegetables, or livestock. That means they have a stronger impact on your immune system, help you sleep better, and have a more positive effect on body weight.

The Quality Low Input Food (QLIF) project is a study in the European Union researching the benefits of organic food. They raised cattle and grew fruits and vegetables on adjacent properties. One was organic, the other a traditional non-organic site. What they discovered was shocking.

These findings show that eating organically can increase nutrient intake for people that don’t normally consume the recommended servings of fruits and vegetables on a daily basis. You’ll get more nutritional pop with the benefits of organic meat and produce.

As a result, European countries are considering changing their public opinion of organic foods. Currently, the majority of the population identifies “eating organic” as a lifestyle choice rather than a recommended course of action.

In America it’s Business as Usual

In the United States, instead of truly moving more firmly toward organic food benefits, large food manufacturers are slapping the “organic” label on foods that might not deserve it. It’s a multi-billion dollar industry and sales of organic foods are growing by approximately 20% every year. Consumers believe they’re buying healthy when they’re actually being ripped off.

The United States Department of Agriculture (USDA) put half of their federally certified organic producers on probation for certifying foods as organic when it couldn’t be verified.

This compromises your ability to trust the labels on your food. 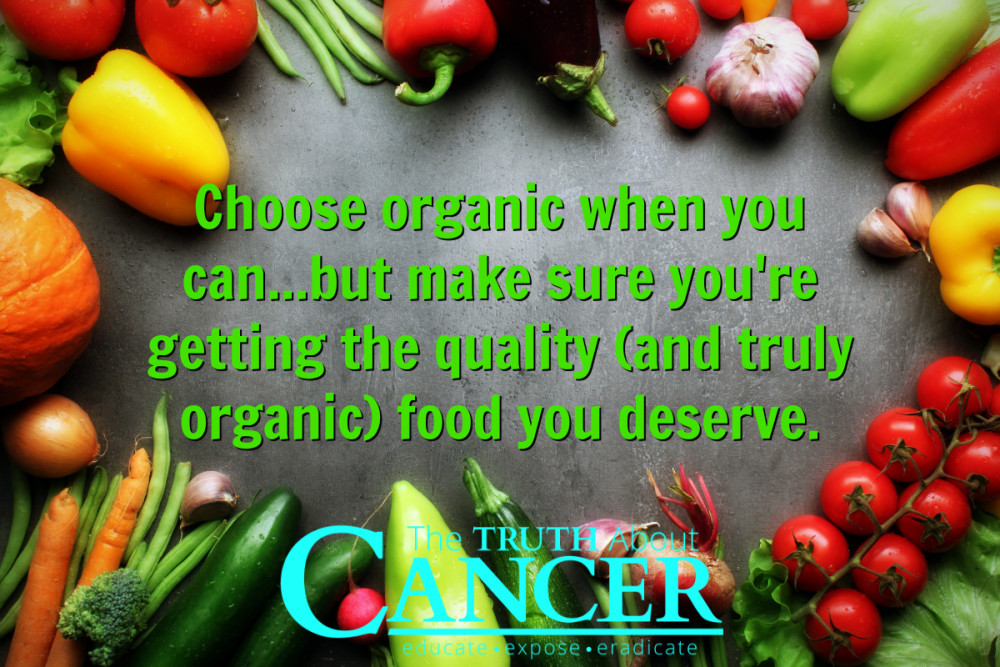 There is also a huge issue with foods imported from other countries such as China.

With other items making national news (toys testing positive for lead and contaminated dog food, for example), there is no way to safely assume that imported so-called organic foods are even safe for consumption, much less organic in the first place.

The Chinese government doesn’t allow foreign inspectors on their farms and many of the Chinese inspectors won’t report poor farming practices out of fear of retribution from their own agencies. Imported Chinese ginger being sold under a popular organic label was found to be contaminated with Aldicarb – a pesticide that causes nausea, blurred vision, and headaches. The amounts found on the contaminated goods weren’t even permissible for non-organic fresh ginger.

Can You Trust the USDA’s Labeling?

Even the USDA’s “organic” label is misleading. The National Organic Program (NOP) is responsible for overseeing foods that receive this label. Their interest lies purely in agricultural production and profits. It doesn’t take farming methods, soil quality, or environmental pollution into consideration.

The USDA recently chose to deem some chemicals and food additives as acceptable in foods carrying the “organic” or “made with organics” labels. These include pasteurization, irradiation, and modified sterilization. These techniques are believed to be the best ways to make food safe and the USDA accepts the word of food scientists as truth.

With none of the world’s largest food producers shouting for doubling and tripling organic food production, and labels providing misleading or outright false information… what’s a consumer to do? Until the USDA changes their shady business practices, diligence is key.

There are things you can look for to ensure the safety of your food. You’re going to have to look deeper than the label to ensure the following:

Getting the Most Health Benefit From Organic Food

Farmers markets and CSAs (Community Supported Agriculture) are an excellent way to purchase your food. They enable you to develop a relationship with the people that grow your food. From naturally, humanely raised meats and eggs, to raw milk and fresh produce, it’s important to nurture a relationship and know the name of the person that sold it to you.

You can ask questions directly about their practices and methods. Most of these farmers are full of excellent information and advice, and may even encourage you to try growing some of your own food.

The benefits of fresh, high quality organic food for your body and health outweigh the extra effort. Choosing organic is a wonderful part of your anti-cancer lifestyle.

Blog by Ty Bollinger from The Truth About Cancer

Self Portrait by David Whyte