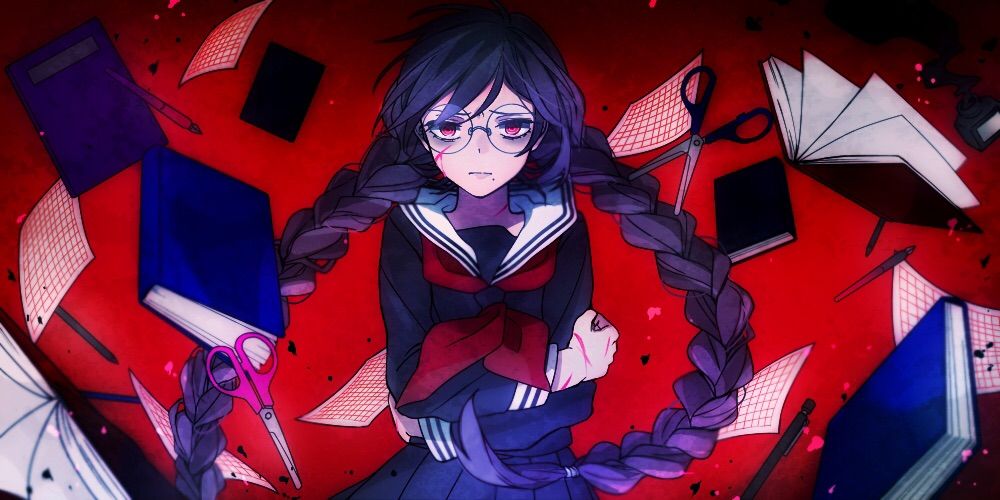 Mahiru, a positive and passionate name, conveys a great deal about the type of person. Class 77-B student at Hope’s Peak Academy, mahiru koizumi. She has light freckles strewn across her cheeks with vibrant red hair styled in a short, sleek haircut with jagged bangs.

Mahiru is the only regular young lady who stands out as the lone kind person among the crowd of weird characters. Here are a few things that make her stand apart from the rest of her peers:

Mahiru is a peaceful and happy young lady who never loses hope. She also maintains a level of confidence that prevents her from showing any insecurities. She wants everyone to be helpful, polite and able to live a happy life in the future. She evolves into an intelligent character, or, to put it another way, she begins to act as an accurate female protagonist companion. Mahiru is an intriguing, endearing, and insightful individual with many untapped potentials as a human. Due to her maturity and observation, she is always willing to examine any situation with an open mind and unbiased heart.

She is unafraid to speak her thoughts and enjoys expressing herself without a trace of embarrassment on her face and believes in being honest with herself. It would be a mistake to characterize her as a pushover. She doesn’t hold back when it comes to reprimanding individuals who are unpleasant to her. Mahiru is someone who despises those who are rude. In truth, Mahiru does not behave under a hackneyed expectation, but rather in a more humane behavior with attitude.

Affable to the Core

Mahiru wishes to assist as many people as possible and is skilled at caring for others, even though she never ceases to complain about it. She is entirely accepting and kind to girls, and she addresses the female students in her class by their first names and the honorific “-chan.” She is a good counsel to enjoyed hearing and who praises her speech and makes you want to hear her advice repeatedly.

She enjoys capturing people’s smiles. Despite her passion for photography, Mahiru considers her title insignificant compared to her peers. She demonstrated to despise the act of taking selfies.

His lazy slob father always assigned her an excessive amount of household chores and never offered to assist her in any manner. As a result, her preconceived notions about men were closed. She also has a strong aversion to men because of this. Mahiru has high standards and is quick to be aggressive when it concerns males. She addresses the men by their surnames only while speaking casually. As she wants to see if the men they met were capable of being future husbands, they have a high standard for men. Mahiru, of course, is a person who thinks that way.

Unlike other girls, Mahiru’s character traits are more human and realistic, which is why she is both a nice person and a good character with a fascinating, charming, and clever nature.

How To Pick The Right Comforter Sizes